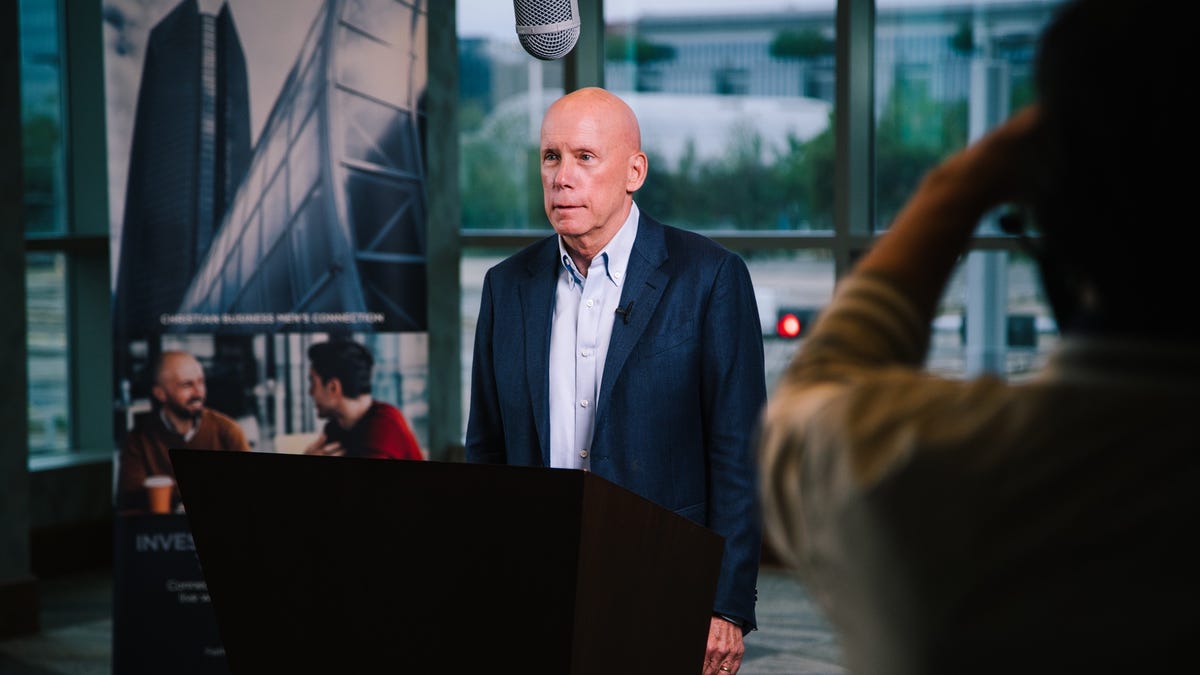 Be purposeful and leave ‘eternal legacy,’ speaker says at OKC-area

By Jean WilliamsApril 24, 2021blog
No Comments

The businessman remembered the phone call from his son vividly, as if it occurred only yesterday.

Frank Harrison III’s son, James, was working with Samaritan’s Purse to help people in Sudan, Africa, who were facing intense persecution because of their Christian faith. The younger man’s urgent plea to his father was heartfelt.

“He began calling me saying ‘Dad, we’ve got to help these people,'” Harrison said at the recent virtual 2021 CBMC Metro Prayer Breakfast in Oklahoma City.

The chairman and chief executive officer of Charlotte, North Carolina-based Coca-Cola Consolidated, said he and his son eventually founded a nonprofit humanitarian organization called Open Eyes to train and equip pastors in different parts of the world and to offer other aid, as well.

Harrison said his son died in 2010 in Kenya, but his “eternal legacy” lives on in all of the people he helped and connected to Christ before he passed away.

“I do believe James did his part,” the businessman said in his keynote speech for the prayer event on Wednesday. The event was the 37th annual prayer breakfast hosted by the Christian Business Men’s Connection of Oklahoma.

Brent Vawter, senior area director for CBMC-Oklahoma, said all of the participants, including Harrison, gathered at the new Omni Hotel, to tape their segment of the prayer event.

“Feedback continues to be really positive. So many people have reached out to us talking about Frank’s message on purpose and legacy, as well as the prayers prayed by Steve Green, Thomas Hill, James Lankford and Marty Hepp,” Vawter said.

In his presentation, Harrison focused on encouraging his audience to consider their purpose and eternal legacy as they build their careers and go about their everyday lives.

He said doing things purposely and building an eternal legacy were concepts behind his decision to have chaplains at his business sites and in implementing an organization that offers ways that employees may serve out in their communities and other places in need.

“You’re going to die one day. What is your legacy going to be?” he said.

The business leader said he remembered wondering what good would ever come of losing his son. He had hoped that his son would join him in the family business and become the fifth generation in a family of Coca-Cola business leaders.

Harrison said he found solace in God’s word, specifically Romans 8:18 and Romans 8:28, which says that all things work together for good for those that love the Lord and who are called according to His purpose.

He said Open Eyes which benefited from his son’s leadership, has equipped more than 1,000 individuals to be “mobile messengers for Christ,” started 26,000 churches and helped lead more than 390,000 people to make decisions for Christ.

“I’m so thankful that God let James have a powerful legacy, really an eternal legacy … which is through Christ,” he said.

“We’re discovering, over time, that God knows best, that He can be trusted and His plan is best.”

Here are some of the remarks from other speakers who participated in the virtual event, praying for Oklahoma businesses and business leaders, elected leaders, cities and communities around the state and nation.

Thomas Hill III, chief executive officer of Kimray: Father, we thank you for bringing Oklahoma City and the state of Oklahoma through this past year. We bless your name for the prosperity you have given us throughout our history and the way you have sustained us even in lean times. We thank you Lord for the spirit you have given our people to persevere in the face of hardship, to be kind and generous when others are in need and to find joy in the days you have given us. We ask Father, that you would be present in our city and state and that you would renew the ties of mutual regard which form our civic life. We desire that your spirit would be at work to root out prejudice and oppression from our hearts, and that in its place, you would bring peace among us and between us.

Oklahoma City Mayor David Holt: It’s good to be back together after a year apart. And though meeting virtually is not ideal, it does allow us to reach an even broader audience this morning. … What a year. What a time in our city’s life this has been. The worst pandemic in a century, the worst recession since 2009, the most consequential racial reckoning since the 1960s, the worst ice storm since 2007, the worst snow storm since 2009, the worst cold snap in decades. All of this in a 12-month period. Even in the face of all these challenges, God has been good to Oklahoma City. That’s because, as they say, God is good all the time.

The prayer event may be viewed at https://www.cbmcok.com/pray21#r.