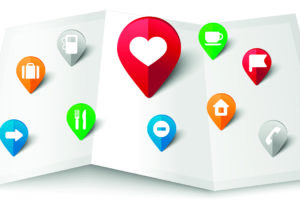 By Jean WilliamsMay 28, 2021blog
No Comments

At their best, neighborhood social media sites can provide a good laugh. Some of the distractions experienced by our neighbors can be quite humorous at times. However, it sometimes causes me to wonder if these people live in my neighborhood or if I’ve logged on to a community site near the Appalachian Mountains or perhaps the swamps of Louisiana.

Of course, these sites do have value. Without ours, I never would have known our neighborhood is plagued with coyotes. But now, I’m aware these dangerous animals have been spotted in every vacant lot within 10 miles of our house. I need to figure out how to teach my dog about the danger lurking on the other side of our front door. Every chance he gets, he’s out the door like a poorly aimed bottle rocket on the Fourth of July, peeing on every bush in the cul-de-sac.

The neighborhood app also helps by describing every suspicious car roaming our streets, although I’m not always sure what makes a car suspicious. It might be the color; it seems they are frequently described as black. In my neighborhood, it’s more likely the driver is Black, not the car, which makes it reported as suspicious.

Are they driving too slow? I know they are not driving too fast, because then they would be classified as reckless teenagers. Who do I call to get speed bumps on our block? Just ask on the neighborhood app. Directions will miraculously appear, along with the best time to call and the name of someone’s friend who works there.

Want to know about Mexican food joints? Ask people for their favorite. You will have a list of 50 you must try. The same works for pizza.

I have used the app to locate a good electrician, HVAC repairman, window washer, house cleaner. It’s also good for more than a few laughs.

The most common subject for discussion is dogs. Who would have thought that people are that interested in domestic canines? But they are. I’ve learned this from my next-door neighbor without resorting to the app. He has three dogs, four until one died several months ago. They are all small, and they like to yap. At least he keeps them inside so they can’t be easily heard.

His dogs have better health insurance than most Americans. Dropping a thousand dollars on a dog doesn’t even cause him to pause. You might not believe this; I can testify that I found it difficult, but he recently took one of his dogs to see a canine ophthalmologist to solve the problem of allergies that make the dog’s eyes water. The most frequent question I ever ask a veterinarian is, “What’s the cheapest option?”

I’ve learned from the neighborhood app that the guy next door is not the only one who loves dogs. A while back, we were watching my son’s dogs while he was on vacation. They both escaped the front door and took off. Unfortunately, one was struck by a car as he tried to cross a busy street. A complete stranger loaded him in her car, led us to the vet’s office, and offered to transfer him to a less expensive vet after I posed my question, “What’s the cheapest option?” It’s OK; the dog is fine, no major problems.

The other dog disappeared. We prayed and worried and searched the neighboring streets — but nothing. Then I remembered the neighborhood app, the perfect place to find lost dogs. It’s their specialty. I found a photo of my son’s dog, wrote a description and posted it under the heading, “Lost Dog.”

“I was bombarded with suggestions of what to do to find, I repeat, my son’s dog (I never liked that dog anyway).”

Things got crazy. It was like I was the race starter at the New York City Marathon, shouting “go,” as thousands of people took off running. I was bombarded with suggestions of what to do to find, I repeat, my son’s dog (I never liked that dog anyway). I was told to print flyers and staple them on every pole within a 5-mile radius. Then, knock on every door in the area twice just to make sure.

A few days later, when the kids got home from vacation, my daughter-in-law posted an ad on Facebook and was advised the dog was running loose by the Sonic about a mile away. Despite evidence of a few skirmishes during the week, she picked her up and was eventually OK and back at home.

There was an interesting post on the neighborhood app this week. A woman posted these words: “Asking for Prayers. Hope that everyone has a Blessed weekend … My husband and I are struggling, and without going into any details … Please Pray for us! God knows our needs and we sure could use your Prayers … Thank you in advance   Matthew 18:19-20 KJV.”

Since we are in the heart of what used to be known as the Bible Belt, it’s not surprising that she received an overwhelming response. More than 300 likes and 156 comments.

The comments included actual prayers, verses of Scripture, words of encouragement, and the simple “praying.” Many folks even invited this woman and her husband to church, although I suspected a person who asks for prayer and quotes a Bible verse is not without a church. It warmed my heart to see such an enormous, positive response to this woman in need.

Two days later, this same woman posted again. This is what she said: “Reaching out for Help!! I know God watches over us and I know he hears our Prayers … However after much thought and Prayer I also realize I have to speak up so you will know what our need are … So I have decided to forget my self-pride and reach-out & ask for your help! I have a huge request for Financial help…. Maybe you yourself isn’t able to help us but you might know of someone who can … or a Church or an Organization that can help! As a result of unexpected and significant medical expenses. My husband had a stroke and needs constant help so I haven’t been able to work. I have just found myself falling deeper and deeper behind. Right now we are behind in our Mortgage & Utilities. We must catch up-to-date or we could Lose our home or have our Electricity cut off. (I am asking that If you could help us with whatever you can provide, we would be most appreciative … We except Pay Pal & Zelle if you prefer not to stop by our home … Please continue to keep us in your Prayers as we will You! In advance. Thank you, & God Bless.”

I saw this message several hours after it was posted and was naturally curious about the response. Sad to say, zero likes or comments. Hopefully, several people contacted her privately and sent her money; there’s no way to know. I do know if she had asked for a recommendation for a financial planner, an honest banker, or how to locate the nearest Salvation Army store, response would have been fast and furious.

I’m afraid the tale of these two posts is indicative of many Christians. We are quick to offer that which costs us nothing but drag our feet when the price is something.

“We are quick to offer that which costs us nothing but drag our feet when the price is something.”

I wonder if Jesus is reading my neighborhood app. Let’s hope he is not since this is how he described judgment: “Then he will also say to those on his left, ‘Depart from me, you accursed people, into the eternal fire which has been prepared for the devil and his angels; for I was hungry, and you gave me nothing to eat; I was thirsty, and you gave me nothing to drink; I was a stranger, and you did not invite me in; naked, and you did not clothe me; sick, and in prison, and you did not visit me.’ Then they themselves also will answer, ‘Lord, when did we see you hungry, or thirsty, or as a stranger, or naked, or sick, or in prison, and did not take care of you?’ Then he will answer them, ‘Truly I say to you, to the extent that you did not do it for one of the least of these, you did not do it for me, either.’ These will go away into eternal punishment, but the righteous into eternal life” (Matthew 25:41-46).

We are not good because we pray for those who have needs. We are good when we do something to alleviate those needs. Prayer has become our “go-to” response when confronted with someone’s need. Even as a nation, we have fallen into that trap. Speaking to families and friends with loved ones tragically killed in a shooting spree, we offer them our “thoughts and prayers.”

I know some of you are thinking the woman is probably making excuses and is suffering because of dumb choices over the years, and there are organizations to help people like her. You might even think you can’t solve her problem, but you can at least ask God to do something.

Help me understand: If I pray for this woman, what should I pray? What can I tell God that God doesn’t already know? Is it just a matter of needing to get enough people praying so God will have to do something? Is God waiting for me to ask in a special way?

Here’s what I think: When this woman asked her neighbors to pray for her, she didn’t really need us to pray — she needed financial and physical help. However, to ask for that is embarrassing, so she used prayer as a hint that she needed something, and most of us are too dumb to take the hint, so we do nothing more than pray.

Try this: Next time someone asks you to pray for them, ask, “What do you really need?” It might be that all they need is a hug, a word of affirmation or encouragement. Possibly, they need something physical you can do or help them find another doer. Perhaps they just need to know you care. When my neighbor asks for prayer, even on an anonymous computer app, I need to take it seriously. If I really care, it might mean the need to do something.

Who is your neighbor? Does he need you to pray for him? Do you know what he really needs? Perhaps the hardest question, one that Jesus might ask, “Are you willing to put feet to your prayer?”

Terry Austin says from his first day of life he was taught to love the church. He has lived out that passion in various ways as a pastor, church consultant, author and critic. He is currently a full-time writer and book publisher and actively engaged with house churches.