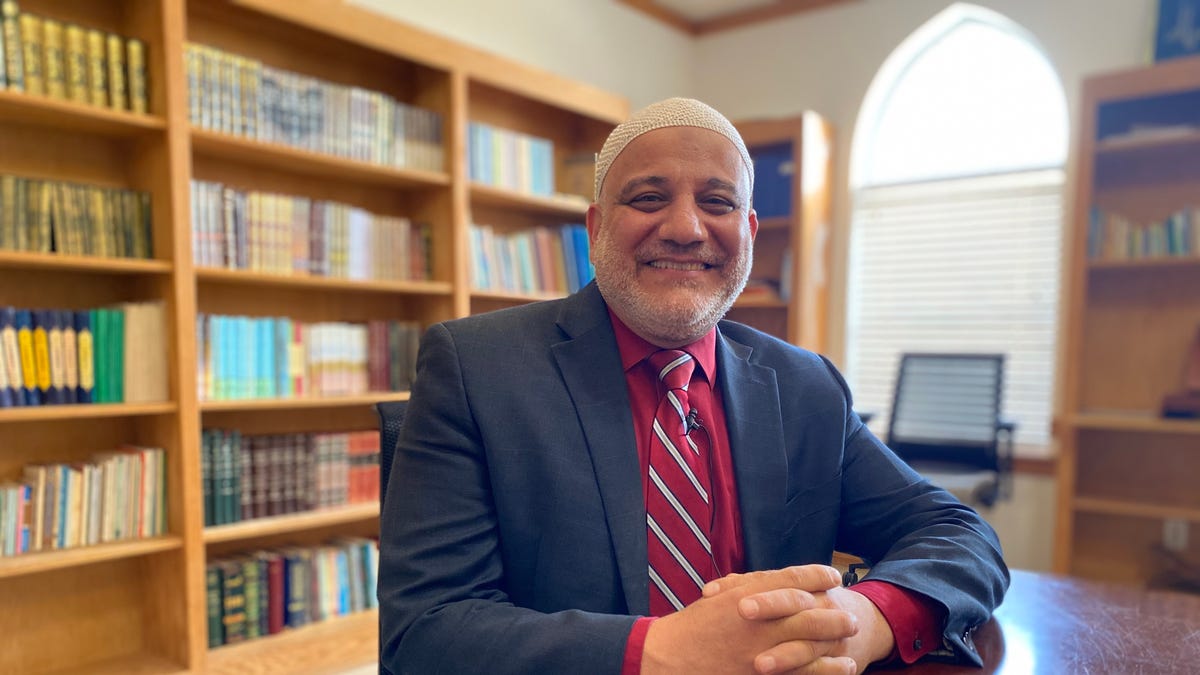 OKC Muslim imam invited to pray at State Capitol: ‘My

By Jean WilliamsMarch 22, 2021blog
No Comments

A local Muslim leader is poised to participate in an Oklahoma Senate chaplaincy program four years after he was denied entry into a similar program in the state House of Representatives.

Imad Enchassi, senior imam of the Islamic Society of Greater Oklahoma City, recently accepted an invitation from Sen. Carri Hicks, D-Oklahoma City, to give the morning invocation for the Senate on March 29 and 30.

Enchassi said he was initially hesitant to accept her invitation because his application to give the invocation for the Oklahoma House was rejected in 2017 with no explanation. The denial became controversial, particularly after a House leader changed the rules of the House Chaplain of the Day/Chaplain of the Week program to effectively eliminate the possibility of participation by a non-Christian religious leader.

Enchassi said Hicks’ invitation made him think of that time period in 2017 and 2018 when queries about his denied chaplaincy application were ignored and his supporters’ protests in his defense were rebuffed.

“I had mixed feelings in the sense that it was deja vu. It wasn’t long ago that I was asked to serve as a chaplain and my application was denied. It was a big embarrassment,” he said.

“At the same time, my heart was pulsating with joy that we go ahead and went over this hurdle and they want me back.”

OKC Muslim imam invited to pray at State Capitol: ‘My heart was pulsating with joy’

local Muslim imam is looking forward to praying before the Oklahoma State Senate, after being denied a similar opportunity more than three years ago.

For her part, Hicks said she didn’t know about the prior rejection of Enchassi by the House chaplaincy program.

“I was completely unaware of that history,” she said. “Ultimately, I just know that he is a strong faith leader in our community and I wanted to make sure that he had an opportunity to address the Senate.”

Former Rep. Jason Dunnington, D-Oklahoma City, sponsored Enchassi’s application for the House chaplain program in January 2017. At the time of the application denial, Dunnington, who is Christian, said he asked the program’s overseer, Rep. Chuck Strohm, to reconsider the decision.

The legislator said Strohm told him that chaplains should be from the same faith tradition as the sponsoring representative and he soon changed the chaplaincy program’s rules to require that members of the House could only nominate clergy from their own house of worship to participate.

None of the state representatives at that time claimed to be of any faith tradition other than Christianity. Interfaith leaders from across the state came to Enchassi’s defense, arguing that because the Legislature was majority Christian, Strohm’s changes were discriminatory, effectively eliminating non-Christians from participating as chaplain.

Interfaith leaders said Strohm was specifically discriminating against Enchassi because he was Muslim. They expressed outrage, saying Strohm’s modification of the chaplaincy program was a form of religious bigotry.

Strohm, who no longer serves in the Legislature, eventually resigned as coordinator of the House chaplaincy program but not before changing it again. He said the program would transition to a model similar to the congressional chaplain program. In the new format, legislators would vote on a chaplain who would then oversee the scheduling of chaplains to give the invocation.

Enchassi has previously given the invocation for other government groups including the Oklahoma City Council and the Oklahoma County Commissioners.

He said he could remember only one public meeting where several people left the room when he began praying but he couldn’t recall the particular group gathering. The imam said that kind of response has not been the norm, overall.

“Most of our elected officials are very respectful.”

The Rev. Shannon Fleck, executive director of the Oklahoma Conference of Churches, was one of the interfaith leaders who made inquiries about the denial of Enchassi’s House chaplaincy application.

She said she was pleased to hear that Hicks had invited the Muslim leader to pray.

“It is wonderful that the Oklahoma Senate recognizes and affirms that not all Oklahomans are of the Christian faith, and has offered the opportunity for a sensational faith leader in our state to open them in prayer,” she said.

“Progress in our state looks like love, awareness and affirmation of all Oklahomans, and I am thrilled that four years after Dr. Enchassi was denied this opportunity so cruelly, he is able to do what he does best, lead us all in loving prayer.”