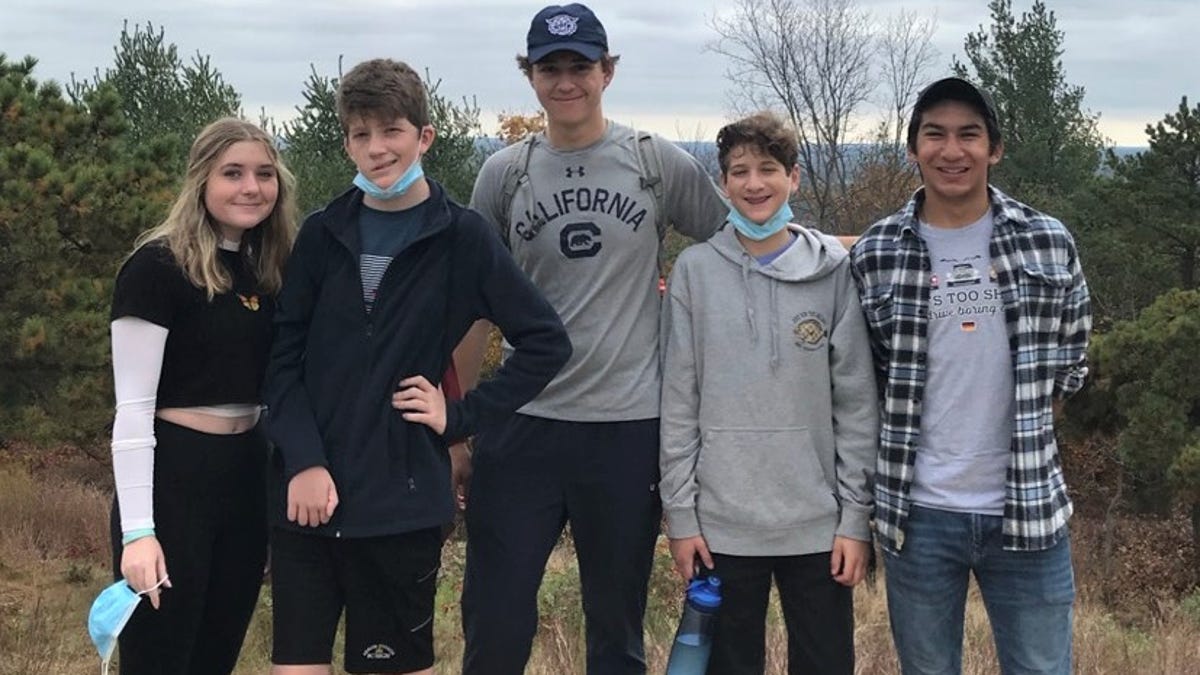 By Jean WilliamsApril 18, 2021blog
No Comments

At some 254 miles above the earth’s surface, the International Space Station is not quite in outer space, but it’s about as close as you can get. It’s the ideal place for astronauts to conduct research, make observations, float around in zero-gravity conditions – and say prayers.

It’s not easy to have prayers said in the outer reaches of earth’s atmosphere. You need to know someone; it’s one of those friend-of-a-friend-of-a-friend scenarios. But if you do connect with the right people, it certainly seems like it would be an added benefit to have someone speaking to the powers that be from a location so much closer to the heavens.

John Brennan of Plymouth was a beneficiary of such spiritual invocations. According to the 15-year-old’s mother, prayers were said for him on the Space Station. Given what has happened to John over the past 1-1/2 years, it would appear that the out-of-this-world location did the trick.

“John has made amazing progress,” says his mother Caroline. “Considering where he was 18 months ago, he’s doing really well. When he came home from the hospital a year ago, he could hardly walk and only spoke a few words.”

John has overcome those obstacles – and then some. On Oct. 15, 2019, he suffered a brain bleed and was not expected to survive the night. Doctors later diagnosed him with moyamoya, a rare genetic disorder where blood vessels to the brain become narrowed.

John spent the next six months in the hospital. While he still walks with a limp and has limited use of his right arm, he is definitely back. With an impish grin and wise-cracking tone, John fires off a series of jokes and comments, many of them about himself and his condition. He attributes the fact that he can do any of that at all to prayer – whether from high orbit or safely grounded here on earth.

“The power of prayer has helped,” he says. “I’ve had people praying for me in 20 time zones around the world in both hemispheres. Thanks to those prayers, I’m back where I belong.”

John’s attitude may be his greatest asset in his miraculous recovery. He uses humor to propel himself and face new challenges. It has helped him overcome numerous obstacles.

“I always try to find the funny,” he says.

John’s father, Bill, is grateful for all the prayers and assistance the family has received in the past 1-1/2 years. Friends, neighbors and complete strangers have all pitched in to assist with his son’s recovery. They gave John a drive-by party when he came home from the hospital last April, and local trades people are helping to convert the garage into a therapy room for John and study area for him and his sister Cate.

“It’s very humbling the way the community has reached out to us,” Bill said. “I’ve never been keen on receiving help; we like to help others. The prayers and support have all been wonderful.”

Few things have held John back during his recovery. He and his father went to Camp Squanto in Plymouth to help clear the trails (John is only a few badges away from Eagle Scout). For his birthday in October, John took on another challenge: he ascended Big Blue at Blue Hill Reservation in Milton. Climbing the 625-foot high hill was just another milestone for the young man.

“We were a little concerned it might be too much for him,” Bill says. “But John stuck it out and made it to the top.

Right now, John is focused on continuing his recovery. His goal is to get back to school at BC High. He is tele-learning right now, as are many other kids in his class. When the pandemic is over, John wants to be able to walk back into the classroom and take his place at his desk.

“God, school and family,” he says. “Those are my priorities.”

John also wants to get back to crewing. He’s already worked out a few times on a rowing machine and can’t wait to get back out on the water, where he plans to race against his doctor, Edward Smith at Boston Children’s Hospital.

“Dr. Smith is a rower and he challenged me,” says the ninth-grader. “I want to get back to training and race against him when I am a senior in high school.”

The prognosis for John is good. While he will always have to monitor his illness, doctors believe he can recover completely and resume a normal life. This is his prime recovery period, so John is diligent about his speech, occupational and physical therapy, which continue on a daily basis.

His healing has been remarkable. Even the doctors are amazed at his progress. John says he asked his physicians if his recovery was miraculous.

“They told me, ‘Yes, John, you are a miracle,’” he says, beaming brightly.

With prayers being said so close to the heavens, how could John miss?